From first time competitors, to seasoned performers, everyone loves the welcoming and positive atmosphere at an Inspire National Dance Competition event. From “spotting the truck” and snapping selfies in the lobby with their dance family, to inspiring others on stage and celebrating their gift of dance at awards. The Inspire National Dance family would love for you to join us this year! 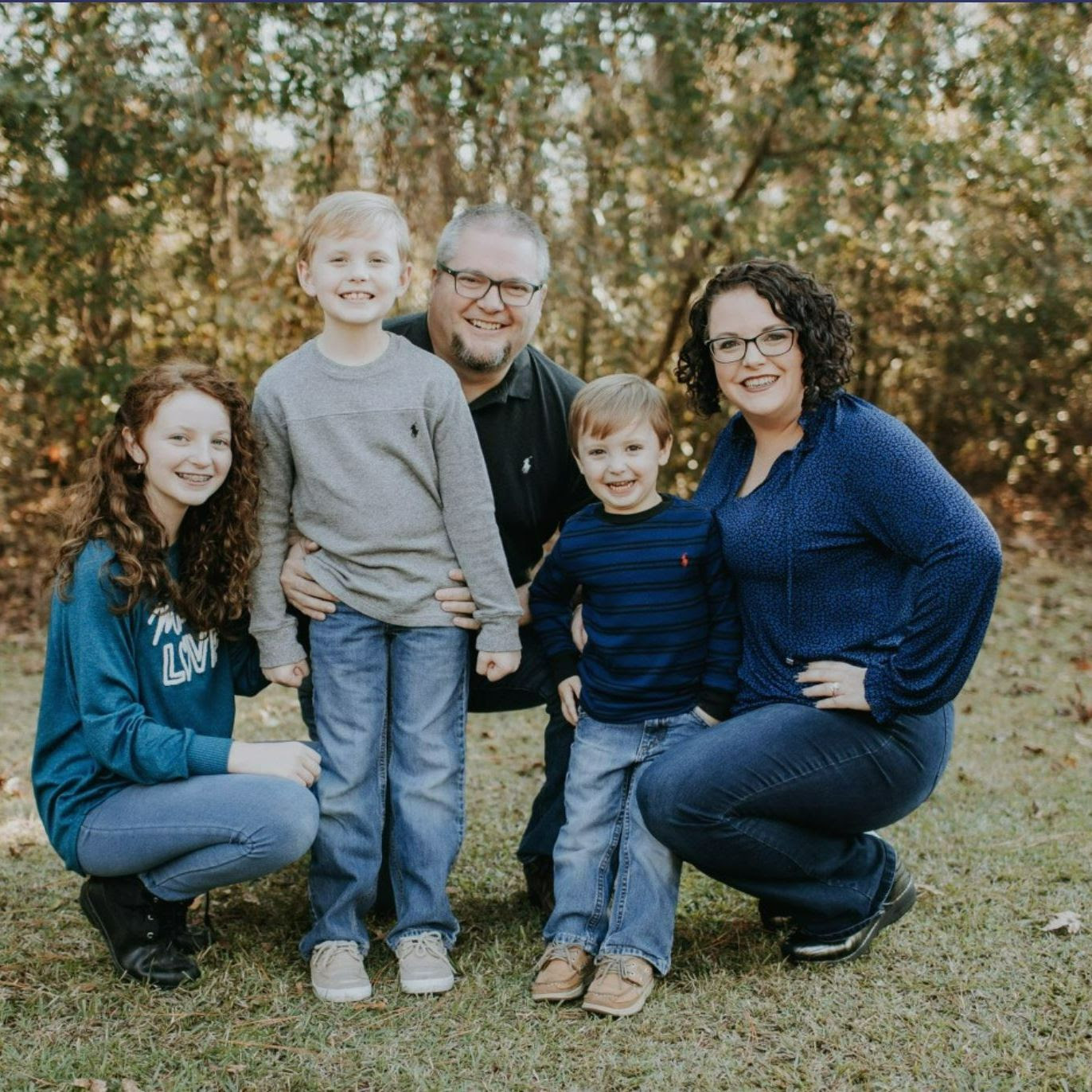 Inspire National Dance Competition is a family owned and operated business dedicated to creating fun, professional and family-friendly events!  Over the past 8 years, we have been dedicated to providing our dancers and their families with inspiring, punctual and organized events that they can rely on and enjoy. We pride ourselves in partnering with some of the most experienced, well-rounded judges and choreographers in the field. You can reach out to our office anytime and expect a quick response from one of our talented, knowledgeable team members. We are always happy to assist with any questions that you may have. We look forward to adding you and your dancers to the Inspire family!  We are so blessed and grateful that you are considering joining us this season. 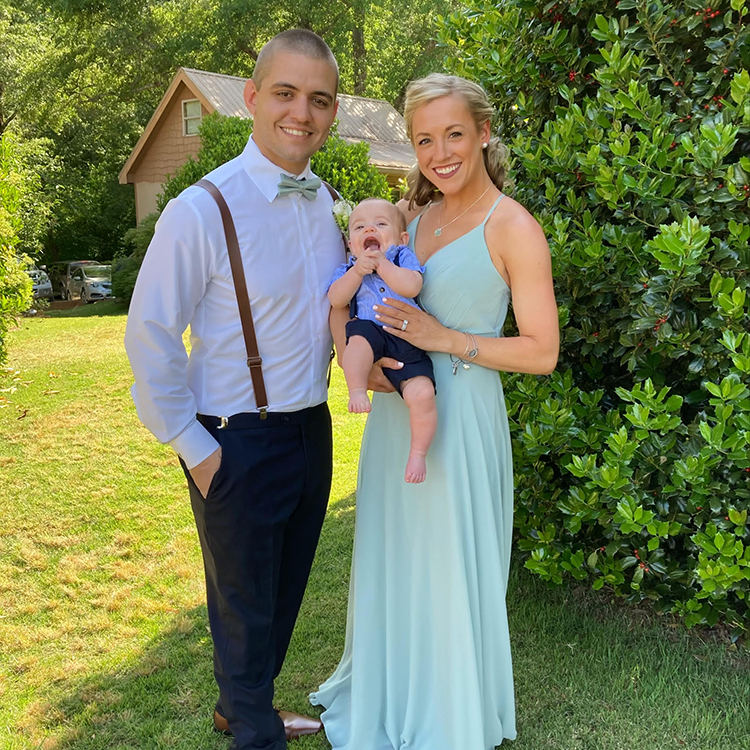 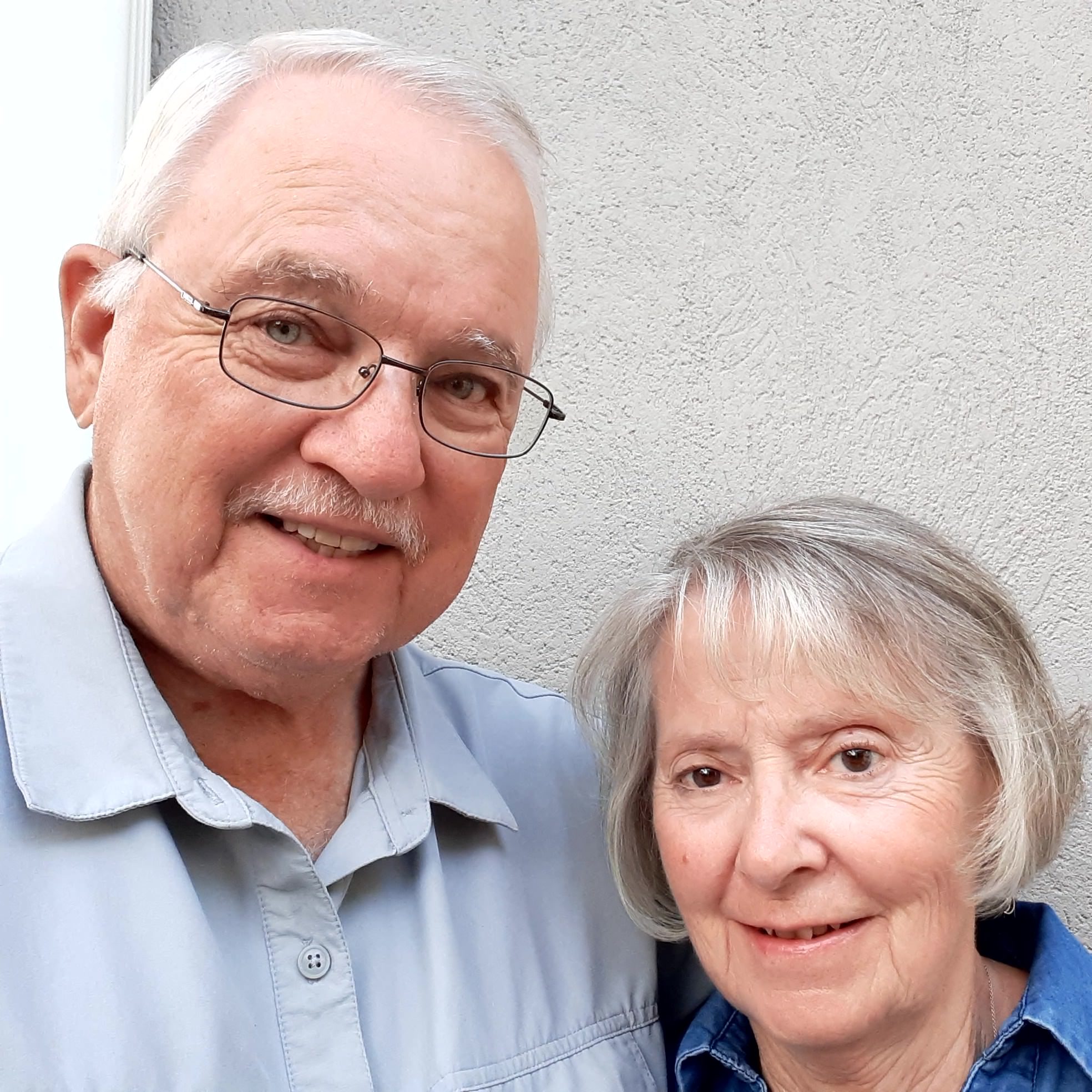 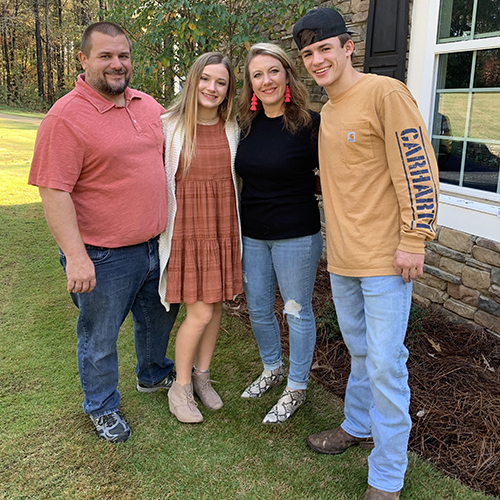 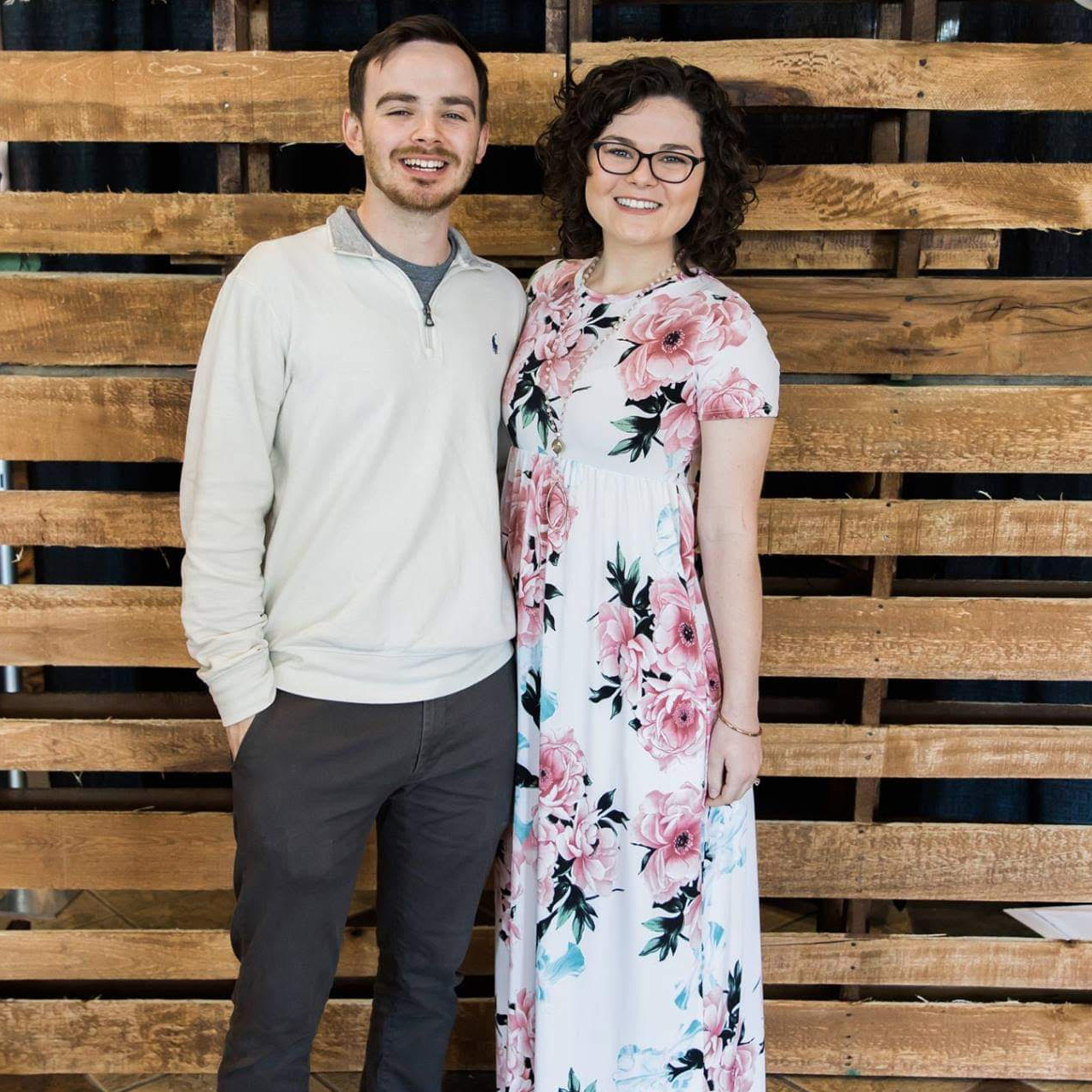 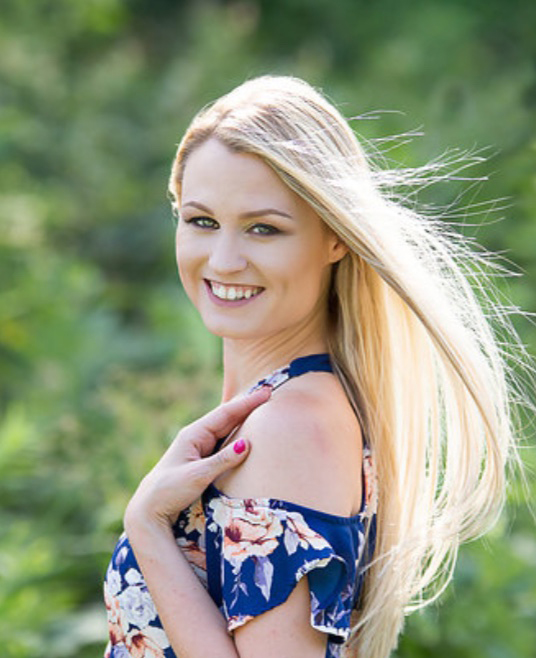 See what our dancing family has to say about us.

We always accept resumes for amazing individuals who are leaders and team players with upbeat personalities. We are interested in finding exciting, responsible people who want to make a difference and know it’s all about the dancers and their families. Please submit your resume by emailing info@inspirendc.com.

We will be screening and interviewing all judges and choreographers for the 2023 season during the summer of 2022. We always welcome new talent and will accept resumes throughout the year. Apply by submitting your resume and headshot to Jamie at staffinspirendc@gmail.com.

Thank you to our sponsors!

Anne-Marie and Matt Jones are the owners of Inspire National Dance Competition.  Involved in the company since its inception, they strive to create an environment for all studios that is welcoming, professional and exciting.  The Jones’ are blessed with three wonderful children.  Their daughter Callie is 14 years old.  She can be found at most events helping backstage, snapping shots for social media, and assisting with award ceremonies.  Andrew, their 9 year old son, enjoys hanging out with his grandfather (Gary) at the merchandise table or coordinating food orders.  Ethan, their 4 year old, thinks he runs the show.  He checks up on everyone with grandma’s (Debbie’s) assistance.  The family just relocated to Statesboro, Georgia and is excited for new adventures.

Anne-Marie graduated with her Specialist degree in Educational Administration from Georgia Southern University.  She has worked in a variety of roles over the past 20 years for the Glynn County School System.  Since the growth and expansion of Inspire, she continues her work in the field of education as a consultant and MindSet master trainer during the off-season.   Her administrative background allows her to facilitate and oversee the intricacies of running a successful dance competition and convention.  She loves welcoming new studios to the Inspire Family, and reuniting each year with returning studio owners and dancers.  She feels so rewarded to see the dancers develop and grow each season.

Matt graduated from Georgia Southern University with a Business Degree.  He enjoys investing in real estate opportunities and developing new endeavors as a natural-born entrepreneur.  His ability to oversee operations and guide the company in sound financial decisions allows Inspire to expand its offerings while retaining the professionalism studios expect when attending the events.  He loves to interact with attendees at the merchandise table during the events, and he enjoys calling routines backstage.  He is the favorite announcer of many of our judging panel members.

Matt and Anne-Marie love to spend time with their family.  One of the most amazing things about owning Inspire National Dance Competition, is that it allows the family an opportunity to enjoy time with one another at the events.

Nathan and Kelli Kinsaul are natives of Harris County Georgia.  They have two children, Tucker Kinsaul, a 19 year old student/wrestler at Lindenwood University in St. Charles, Missouri and Jenna Kinsaul a 17 year old senior, competitive dancer and a member of a dance production company.   They have owned and operated Center Stage Dance Studio for 24 years and currently travel with multiple competition teams.  Though they are no longer competing with us, they are excited to begin a new journey with Inspire National Dance Competition as regional directors.  They share a passion for the competitive dance world and enjoy creating a fun and family friendly competition environment. They believe in a good, wholesome competition atmosphere that offers a way for dancers to develop a sense of unity with other studios.

Kelli Kinsaul graduated from Columbus State University with a Masters in Education before she decided to open her own studio at the age of 20 years old.  She has been extremely blessed to have several of her students audition and be selected to perform on Broadway.  She has worked with several theater companies over the years on multiple productions.  She has also been a part of the production of the Miss Georgia Pageant System.  She has a passion for teaching dance and watching kids develop through the competition world and studio life.

Nathan Kinsaul graduated from Auburn University and is currently an ICU nurse at Piedmont Medical Center.  He has worked in the dance world for over 24 years and enjoys the technical aspects of show production.  The Kinsauls hope that you thoroughly enjoy your experience at Inspire and grow to love this company as much as they do.

Alexis and Micah Mills have been a part of the Inspire Family for the past 3 years.  When they aren’t busy with Inspire and other endeavors, they enjoy hiking up mountains with their dog, Leto, or exploring their hometown of Savannah, GA.  The Mills family is growing with the addition of a little boy this November!  We are all so excited to meet him.

Alexis has lived in Southeast Georgia all her life and currently resides in the beautiful city of Savannah, GA. She graduated from the College of Coastal Georgia with her bachelor’s degree in Business Administration and a specialty in customer service, organization, and systems/processes. Her experience and love of helping people made her the perfect person to be our Event Coordinator. Alexis first became involved in the dance world at a young age and continued to dance through her high school years.

You can find Alexis at most of our Inspire Events helping behind the scenes. She will be anywhere from merchandise, to onstage for awards, or even acting as backstage manager. During the week, Alexis coordinates all of the moving pieces for the events, from scheduling and staffing, to venue confirmation.  She ensures that everything is ready for the next weekend to go off without a hitch.

Micah manages all aspects of our IT department.  Micah graduated from Georgia Southern University with a bachelor’s degree in Mechanical Engineering. During the events you can find him at the sound table working with production elements of the event. When not busy with his full-time job as a Engineer at Gulf-Stream, he is also able to consult on additional elements of our company.

Debbie and Gary Jones have been with Inspire since its inception. Debbie {AKA Grandma} is usually at home with the grandchildren during events.  Gary can be found at he merchandise table answering questions and assisting with selection of merchandise.  They also work tirelessly behind the scenes coordinating host hotels and assisting with preparing for events.

Debbie and Gary will be married 50 years in 2022 and have two children- Jennifer and Matt. They are blessed with seven grandchildren-ages 3 to 17.  Gary’s forty years in the jewelry industry required various moves from Alabama, to Virginia, Tennessee, South Carolina and Georgia. They have spent the last 40 years in the Savannah, Ga and Bluffton, SC areas.  Before retirement, Debbie was in healthcare administration.  They now enjoy camping in their motorhome and exploring new areas.  Riding their motorcycle is another shared activity. They have traveled cross-country twice on the bike as well as making two trips to Canada.  They enjoy group rides with their motorcycle club twice a week and participate in extended trips throughout the country. After many years as a passenger, Debbie has just learned how to ride.

Stephanie & Bo Viness met in college and they have been married for 5 years.  They reside in Statesboro, GA with their new son, Greyson Viness. They have both worked with Inspire National Dance Competition since the creation of the company 8 years ago.  Throughout their time with the company they have served in every role imaginable.  Their wealth of knowledge of the dance industry makes them a perfect fit as regional directors.

Stephanie is a graduate of Georgia Southern University, with a Bachelor of Science in Health and Physical Education and a Master of Science in Kinesiology. She is the owner and Executive Director of Statesboro Elite Dance Studio, and the head coach for the Georgia Southern University Dance Team for the last 5 years.  She has over 20 years of dance and cheerleading training, including 14 years competing. While competing, Stephanie received several top overall awards and dance scholarships at both the regional and national level. As a choreographer, her routines have won several awards including top overall, judges choice, and best choreography. She has performed at Walt Disney World, Universal Studios, The Capital One Bowl, and The Orange Bowl.

Stephanie is a Certified Educator in the state of Georgia, a certified Personal Trainer, and holds certifications in Group Exercise Fitness, Ballet Barre, Yoga I, Sports Nutrition, Pre & Post Natal Group Exercise Fitness and Pre & Post Natal Personal Trainer. Stephanie has a passion for dance and for education, and her goal is to make dance a large part of the Statesboro community, for all ages!

Zachary “Bo” Viness graduated from Georgia Southern University with a Bachelor of Science in Health and Physical Education and a Master of Science in Kinesiology. Bo is a Real Estate Agent with Statesboro Real Estate and has been a coach in Statesboro and surrounding areas over the past 8 years.  Both Bo and Stephanie are Double-Eagle Alumni and enjoy supporting Georgia Southern athletics in their free time.

Jamie Howard has thirty -five years of dance training and has been a dance instructor for the twenty-two years. As a child she trained under Angela Franko-Burns at Dancer’s Pointe. From there she went on to train at many other studios across Georgia including the prestigious Georgia Ballet, Atlanta Ballet, and Ruth Mitchell.

Jamie has performed many leading roles such as Cinderella, Roxie in Chicago, Christine in Phantom of the Opera, and Alice in Alice in Wonderland. She has owned and operated her own studio, Steps Dance Center in North Georgia for over 16 years. Her competitive dancers have won numerous awards at both regional and national dance competitions and she also won numerous “Best Choreography” awards.

She also choreographs and guest teaches for many studios across the east coast. Jamie choreographed scenes in the movie “The Change Up” starring Ryan Reynolds & Jason Bateman. For the past four years Jamie has produced an in-house studio convention called Elev8. She has brought in numerous choreographers and instructors spanning from the artists of So You Think You Can Dance to up and coming professionals working in the dance industry. Jamie is extremely dedicated to the art of dance and considers herself blessed to have a career encompassing her passion for dance and love for children.